THANK YOU For Your Support!

M4BY would like to extend a huge thank you to all of those who participated in our 3rd Annual Dinner & Benefit Auction.  Whether you bought a table or a ticket, donated or bid on auction items, or even worked behind the scenes, you helped make this event the largest we've had in three years!  Below are photos from the evening, with thanks to our photographer, Luis Beltran. 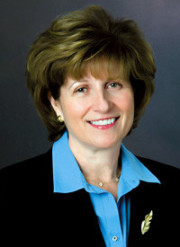 Mentors For Berks Youth will be honoring Senator Judith Schwank with our Champion For Youth Award, for all of the work that she has done with our organization and others to benefit the citizens of Berks County.

Judy Schwank recognizes that the needs and concerns of residents of the 11th Senatorial District are not limited by its boundaries. Her achievements in government and nonprofit realms reflect Judy’s interest in and advocacy for sustainable growth and prosperity, both locally and statewide.Judy has dedicated most of her adult life to public service. A former Berks County Commissioner, Judy has been committed to serving the people of Berks County. Her passion for promoting sustainable growth, prosperity and preserving agricultural integrity has been exemplified through her many accomplishments in public service.

As President of 10,000 Friends, Judy provided support to organizations and individuals committed to improving the quality of life for all Pennsylvania residents. Under her leadership the non-profit agency developed policies and actions to revitalize and sustain Pennsylvania’s social and economic climate in order to encourage responsible land use, sustainable development, and promote agricultural heritage. Most recently Judy served as the Dean of Agricultural and Environmental Sciences at Delaware Valley College.

Additionally, Judy also served as a member of the Board of Directors for the Girl Scouts of Southeast Pennsylvania.

Judy received her B.S. and M.Ed. in agricultural education from Penn State University and completed the Executive Leadership Program through the Institute for Conservation Leadership and the Institute for the Management of Life-Long Education at Harvard University. She attributes her success to her parents who taught her that public service, a strong work ethic and personal integrity were the keys to a rewarding life.

She has served as the Democratic chairman of the Senate Agriculture and Rural Affairs Committee since her election to the Senate in April 2011. During the current (2013-2014) legislative session, she also is a member of the Senate Appropriations, Aging and Youth, Public Health and Welfare and Veterans Affairs and Emergency Preparedness Committees. She is a former member of the Senate Local Government committee during the 2011-2012 General Assembly. 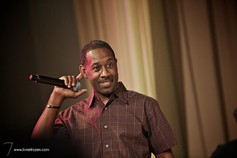 Most recently he has added the title Author and credit of Executive Producer to his name with the reality shows “The DocuTape” and “Behind The Unsigned”. Both shows debuted on Fuse.TV the summer of 2012. His upcoming book on Uptown Books is titled “Yes! Every Day Can Be A Good Day (The keys to success that lead to an amazing life).

With June’s combined musical talents, experience in the entertainment industry and commitment to community, he is reaching for the stars and encouraging others to join him. “No goal is ever out of reach,” June says. “Once you’ve realized your dream, that doesn’t mean you stop. It just means you dream bigger.”

Want to Become a Mentor?

Details for this year's bus trip now available on the News & Event page.

Purchase tickets to select Santander Arena and Santander Performing Arts Center Events and a portion of the proceeds will be donated to M4BY.  https://form.jotform.com/81865176430157

Questions About Our Site?